WHAT IS THE SECRET NETWORK?

Secret Network is a blockchain network that has been built to enable privacy for general-purpose smart contracts. It is one of the first privacy-based platforms to support programmable smart contracts. What this means is that it supports encrypted inputs and outputs along with smart contract states. Usually, blockchain technology provides a kind of transparency, through which the transactions of the users can be traced through the ledger. This become a major concern for privacy-centric users. This is where Secret comes in. It promises, security and privacy along with the transparent benefits of a blockchain.

Just like Monero and Zcash are the privacy-centric evolution of Bitcoin, likewise, Secret’s smart contracts can be called the evolution of Ethereum’s smart contracts. The Secret network is the first blockchain network in the world to offer completely private smart contracts. With the appropriate incentives, it can also share in the activities generated by other blockchains. In this way, Secret Network could become a sector leader for private computations and DApp development. The Secret network has been built using the Cosmos SDK.

WHO CREATED THE SECRET NETWORK?

The origins of The Secret Network lie in a project named Enigma which was a start-up that developed the concept of decentralized protocols regarding smart contracts. Enigma was the brainchild of MIT graduates Can Kisagun and Guy Zyskind. Enigma raised $45 million in a 2017 ICO (Initial Coin Offering).

The Enigma mainnet went live on 13th February 2020, and during the same year, charges were leveled against it by the US Securities and Exchange Commission. As a result of this, the Enigma community decided to sustain the same vision but as an independent decentralized project. Hence the project was rebranded as The Secret Network which was to be an independent Layer 1 blockchain.

Enigma’s former head of growth and marketing Tor Bair is technically the founder of this network. He calls Secret a “programmable privacy” because it is beyond the traditional privacy offered by other privacy-concerned networks. Secret Network aims to solve the privacy issues as it enables smart contracts that compute within the Trusted Execution Environment (TEE) and shield data from even the nodes.

Secret Network is a layer-1 blockchain that is built on the Cosmos SDK and Tendermint BFT framework, which is an entrusted Proof-of-Stake(PoS) consensus algorithm mechanism. Cosmos is called “the Internet of blockchains” and it aims to create an interconnected ecosystem of blockchains. In that ecosystem, blockchains will be like individual silos. Similarly like most Tendermint based chains, Secret also incorporates a block time of around six seconds thereby having the capacity to process thousands of transactions per second.

It also uses a specific Intel Software Guard Extension (Intel SGX) through which the protocol codes are divided into trusted and untrusted parts. IT also makes use of the Trusted Execution Environment  (TEE) which is used by the nodes like a “black box” in order to hide the relevant information from prying eyes. It works quite similar to how a smartphone processor uses a TEE to control sensitive data like fingerprints, and facial recognition scans, the only difference being that it is a blockchain node instead.

The smart contracts of the secret network are called “secret contracts” as they are designed to enable encryption and data privacy by default. The only way to access the encrypted information is through a set of “viewing keys”. The control of these keys lies fully within the jurisdiction of the End-user, enabling only them to have access to the details of the private transactions. Through these keys, this information can be shared with others as well (like tax authorities).

Recommended: What is Monero?

The combination of Secret contracts and TEE enables unique features not found on other blockchains. Such features include Secret DeFi, NFTs, crypto auctions, exchanges, etc. DeFi (Decentralized Finance) enables digital payments without having any centralized authority as a middleman. Generally, smart contracts promote DeFi because they are basically self-executing code pieces managed on blockchain and used to build DApps. This means that the data involved in DApps is public and to handle such sensitive data is a big issue. Secret smart contracts solve this issue.

Secret’s Non-Fungible Tokens (NFTs) have similar characteristics to those on Etherreum but with three additional features, these include;

The Cosmos SDK allows users to incorporate new functionality through plug-and-play modules. IBC (Inter-Blockchain Communication) protocol is used by one of these modules allowing other IBC-enabled chains to communicate with the network.

WHAT IS SCRT TOKEN?

During the time, when the project was still known as Enigma, the native token used to be known as ENG. However, after the rebranding took place, the network allowed users to swap their ENG tokens for the newly minted SCRT token, at a ratio of 1:1. This led to an initial supply of more than 161 million SCRT tokens. Unlike its predecessor, which had a fixed supply, SCRT is an inflationary token with new tokens being issued periodically. When the amount of SCRT tokens staked is above 67% of the total supply, then the amount of issued tokens drops to a minimum of 7%. On the other hand, if the number of tokens staked is below 67%, then the number of new tokens issued could rise to a maximum of 20%. 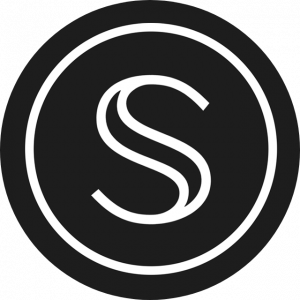 SCRT token is the native coin of the Secret Network. It is the cryptocurrency through which the recipient, balance, and amounts of transactions can be encrypted. It provides programmable privacy ensuring complete anonymity and confidentiality. SCRT is used to pay fees for using apps on Secret Network and as an on-chain governance token as well. SCRT tokens must be staked by the users to generate nodes to help secure the network.

Another unique feature of the Secret network is that its SCRT token is transparent whereas secret contracts are absolutely private. This has been one of the main selling point of the network, maintaining traditional blockchain transparency, all the while giving privacy to the users as well.

The Secret network seems to have found a perfect balance between transparency, and privacy, which in theory should be enough to convince regulators and financial institutions, but one can never be sure. Similarly, there is also the possibility of creating DApps that allow illegal activities, which they won’t be able to be traced by Law enforcement agencies.

Secret is built upon the Cosmos network, therefore its fate is also linked with Cosmos. Whether Cosmos sinks or swims, the Secret network will share in its triumph or downfall. As things currently stand, Cosmos faces huge competition from its rivals, such as Cardano, Avalanche, Polkadot, and of course Ethereum. Whether or not it becomes successful, it’s too early to say.

Where To Buy SCRT?

You can purchase SCRT through Gate.io. exchange, similar to buying another cryptocurrency. You can either place a market buy or a limit buy. With a limit buy, you determine the price you are willing to pay, and your order gets filled once the token price reaches your limit price. If you want to get your hands on the token quickly, you can place a market order, where you agree to pay the current price and have your order filled almost immediately. If you are interested in purchasing SCRT, you can do so by visiting Gate.io.

The post What is The Secret Network? appeared first on CryptosRus.

One thought on “What is The Secret Network?”

“The so-called ‘crypto-winter’ is no reason for complacency or inaction,” Villeroy stated. ...
admin
CEO Dan Morehead said Pantera Capital will complete its second blockchain fund by May 2023. ...
admin
Japanese gaming and entertainment giant SEGA is venturing further into blockchain gaming with a new offering on the layer-2 blockchain network Oasys. ...
admin
USDC is now out of Binance, but Circle is determined to expand its stablecoin as much as possible, with 5 new blockchains on sight. ...
admin
The Project Icebreaker initiative aimed to improve cross-border payments by reducing costs and increasing speed and transparency, with a final report expected in Q1 2023. The Bank for International Settlements, or BIS, has reported it will be partnering with the central banks of Israel, Norway and Sweden to explore international… ...
admin
“We want to provide liquidity for people that are kind of giving up because we’re still very bullish for the next 10 or 20 years,” said CEO Dan Morehead. Dan Morehead, founder and CEO of Pantera Capital, reportedly said the hedge fund was planning to raise $1.25 billion for a… ...
admin