Check out our “What Is Monero” guide to learn more about this incredibly private — and underrated — cryptocurrency.

The majority of the blockchain networks in use today are transparent. What this means is that the identities of the users can easily be traced, because the wallet addresses are visible for all to see in their public ledger. Take the example of Bitcoin. Even though the transactions on the Bitcoin blockchain are anonymous but still both the sender and receiver have their wallet addresses permanently visible on the Bitcoin public ledger. This process limits the privacy to pseudo-anonymity.

This privacy concern led to the rise of privacy coins. These privacy coins are desired by those who are seeking true financial confidentiality. Out of all the privacy coins launched, Monero is the one that stands out. Monero means “money” or “coin” in Esperanto. It is a cryptocurrency that has been tailor-made to keep transactions and wallet addresses completely anonymous. Monero keeps the transactions private and doesn’t reveal either the source or destination of funds. It employs a number of techniques that make it impossible to trace how the money is spent. Due to its many features regarding privacy and anonymity, it has become one of the most extensively used cryptocurrencies on the Dark web.

The creators of Monero chose to remain anonymous. They chose to use pseudonyms instead. Initially, Monero was created as a hardfork of ByteCoin. The creation of Monero or BitMonero as it was known then is attributed to a user named “thankful_for_today”. However, BitMonero was, later on, forked into a new project named simply as Monero. Seven of the original community members of BitMonero became the core team of Monero, and they were led by “Fluffpony”.

Monero developers intended to develop a currency in which the coins couldn’t be affected by their past usage. This is called fungibility and this quality has become a major selling point for privacy coins. Other cryptocurrencies like Bitcoin or Ethereum don’t have this quality, as each token in their network has its own history of how and when it was used.

The Monero blockchain employs the use of a Proof-of-Work consensus algorithm which is called RandomX. It has been specifically designed to advance CPU mining which is considered resource-efficient and much more accessible than ASIC mining. Thus, its mining is user and environment-friendly. Monero’s primary focus is on privacy and that’s why it incorporates total privacy. This means that all transactions are absolutely private and can’t be traced. It involves certain aspects to attain total privacy.

There are three distinct features that make Monero private.

A ring signature is a digital signature that is used by a member of a specified group who secretly signs a document making it impossible to tell where this signature came from but the authenticity of the signature can be easily verified. This technique is in work every time a transaction is carried out. During the process of a transaction, the Monero wallet forms a ring by pulling other users’ keys from the blockchain. As a result, it appears that the transaction could have been signed by anyone in the ring. Similarly, the transactions which are made through the Ring signature and are ultra-private are called Ring Confidential Transactions (RingCTs). RingCTs hide the transaction amount and reveal them only to the recipient.

Three types of keys are used by Monero.

Stealth addresses are used to hide the destination of funds. It is done by allowing the sender to generate a one-time address that is based on his public address. This address will only be used for that specific transaction. While searching an address in a Monero block explorer, one can’t match any transaction in it because of these stealth addresses. Every transaction is done on a new address and no two addresses are the same.

Because of all its unique features, Monero is;

XMR is the native currency of the Monero network. XMR can be used for anonymous peer-to-peer transactions. Using XMR ensures that the sender and the receiver are both kept anonymous and untraceable. It is also used to pay for the transaction fees. XMR is also unique because of the fact that it is truly a fungible currency. This means that each token is exactly the same when it comes to privacy and anonymity. To explain it in simpler terms let’s take the example of a $1 bill. Each bill has its own serial number, hence its circulation can be tracked, and traced. In the case of XMR, the history of each token is untraceable. 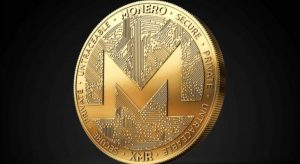 XMR is not like a traditional deflationary currency in the sense that it doesn’t have any fixed total supply. However, it has its own method of achieving scarcity through a gradual decrease in its issuance. This means that the issuance of new XMR tokens will diminish over time until it reaches just 0.6 XMR per block.

The primary concern of Monero actually stems from its biggest strength. Although its anonymous transactions and untraceability make it a big hit among privacy-centric users, it also opens the door for a lot of illegal activity. Monero is widely being used on the dark web, for the purchase of drugs, and weapons. Since it can’t be traced, therefore it has become an ideal currency for those who want to indulge in any illegal transaction.

Although the mining of XMR was designed in such a way, so as to avoid centralization, or the accumulation of too much mining power into the hands of a few individuals, so far this model has failed. This is because more than 43% of the total hash rate is accumulated in just 3 mining pools, making the mining of XMR extremely centralized.

Where To Buy XMR?

You can purchase XMR through KuCoin exchange, similar to buying another cryptocurrency. You can either place a market buy or a limit buy. With a limit buy, you determine the price you are willing to pay, and your order gets filled once the token price reaches your limit price. If you want to get your hands on the token quickly, you can place a market order, where you agree to pay the current price and have your order filled almost immediately. If you are interested in purchasing XMR, you can do so by visiting KuCoin or Gate.io.

The post What is Monero? appeared first on CryptosRus.

0
InAltcoin, Altcoins, Bitcoin, Blockchain, Coins, Consensus Algorithm, Cryptocurrencies, cryptocurrency, Ethereum, Monero, Monero crypto, Privacy, Privacy Coins, privacy-focused, XMR, XMR Mining
The firm planned to market NFTs “in a manner akin to a campaign hat or souvenirs,” intending to have political committees offer them to high-volume low-dollar donors. The legal team behind nonfungible token firm DataVault Holdings has requested an advisory opinion from the United States Federal Election Commission on using… ...
admin
YPF Luz, a subsidiary about the Argentine state oil operation} YPF, is currently piloting task management to power bitcoin mining operations with residual vigor. The initiative, which is getting tested in Vaca Muerta, one of the biggest oil fields in the united kingdom, seeks to take advantage of this by-product from the initial stages for […]#@@#@!! ...
admin
Crypto is moments away from breaking the downtrend that has held the price down since $69,000. This is massive and could mean some serious rallies in the days to come. Join Sheldon The Sniper live for an absolutely critical crypto market update and find out what he is doing in these crucial moments. Do not miss out on this show!! 🔥Binance Bonus: – Sign up on the link below & get $5 to start… ...
admin
“It’s 10% up or 10% down each day. I don’t have to wait five years in between crises. As a matter of fact, I only have to wait about 45 minutes.” In another reality, Bill Noble would be just another guy in a suit behind a big desk at the… ...
admin
The international financial community went long form to speak up for its interests as the Basel Committee on Banking Supervision continues to optimize banking regulation. The comment period has ended for the Basel Committee on Banking Supervision’s (BCBS) “Second Consultation on the Prudential Treatment of Cryptoasset Exposures,” a document published… ...
admin
The Crypto market is showing signs of strength, with S&P 500 closing back above its June lows. How high could the Bitcoin price go and what are the best Altcoin trades in the crypto market right now? Join Cryptoman Ran in today’s episode of Crypto Banter for the latest Crypto market update and some amazing news for Crypto traders!➡️ Check out the Bybit 1-Click DCA Strategy!👉🏼 https://partner.bybit.com/b/bundle_SL00000038👍 NO Trading Fees!!!🔥BYBIT – CRAZY SIGN-UP… ...
admin