Learn more about Polkadot’s canary network Kusama, and how vital it is to the DOT ecosystem, in our “What Is Kusama” guide.

Kusama is a canary network of the Polkadot Network. Polkadot promises an Internet of interoperable blockchains, and Kusama is branched from Polkadot. It allows the developers to experiment with new code or even applications before they are released on the main network. It works like a sandbox to test early versions of projects on Polkadot. However Kusama has a very real cryptocurrency, that is trading on open-market.
Since the aim of Kusama is to facilitate testing, it allows developers more flexibility as it employs less rigid governance parameters compared to Polkadot. It has the following important features.

LOW ENTRY BARRIERS: It allows the launch of parachains (custom blockchains) with the minimal cost making it ideal for lean startups to get a fast and affordable start.
OPEN GOVERNANCE: Kusama works on open governance as it is owned by a community of network participants who make decisions regarding the network through voting. In this way, each participant can contribute to the evolution of the network.
INTEROPERABILITY: Similar to Polkadot, it operates by bringing multiple blockchains together into one sharded network.
INNOVATION: Kusama Network is scalable and uses almost the same codebase as Polkadot. But Kusama is used to introduce the latest technology, even before those features make it onto Polkadot.

Kusama was founded in 2016 and launched in 2019, by the founders of Polkadot. These include Gavin Wood, Peter Czaban, and Robert Habermeier. Gavin Wood is not only a co-founder of Ethereum but also the inventor of Solidity. Solidity is the programming language used for writing decentralized applications (Dapps) on Ethereum.

Wood is also the president of The Web3 Foundation, which is a non-profit that held Polkadot’s ICO, which raised almost $200 million from investors. He is also the founder of Parity Technologies, a company that maintains Substrate, which is a software development framework used by developers on Kusama to create parachains on the network. Explaining the vision behind Kusama, Wood said, “Polkadot introduces so much cutting-edge technology that we decided to dispense using fake networks with pre-designed incentivization”

Kusama is built as an open-source, proof-of-stake (PoS) blockchain and is nicknamed the “Canary Network” of Polkadot. It employs the use of two types of blockchains in its architecture. One blockchain is used to carry out transactions and the other is used to manage all the activities on the network. The first type of chain is the main network known as a Relay chain as it houses the validators. The second type of chain is called Parachain. These allow a bridge between other chains and the network.

Parachains are user-generated, customized blockchains. These are blockchains that utilize the computing resources of the relay chain to confirm the accuracy of the transactions. Kusama uses a sharded model, in which the parachains have unique state transition functions. 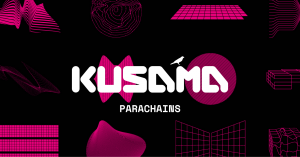 It is the main blockchain of Kusama. It is where all the transactions are finalized. It works in such a way, that it separates the addition of new transactions from the process of validating transactions. This allows the transaction speed to increase exponentially.
To keep the network in agreement, the Kusama relay chain uses a variation of the Proof-of-Stake (PoS) consensus algorithm known as Nominated Proof-of-Stake (NPoS). This system will allow the users who stake KSM to attain two important roles within the network. These roles include the Validators and the Nominators.

VALIDATORS: They approve the transactions in the parachains and can also participate in the governance of the network through voting.
NOMINATORS: They perform the security functions of the Relay chain by selecting those validators that are deemed trustworthy. They can then delegate their staked KSM tokens and their voting power to these trustworthy validators.

The Governance structure of Kusama is as follows;
1) The Referendum Chamber: It consists of those users who purchase KSM tokens, and become eligible to approve or disapprove any changes proposed by others.
2) The Council: It is elected by KSM holders and these council members are there to propose changes for the network and are responsible for its development.
3) The Technical Committee: It is responsible for handling the situation in case of an emergency by making special proposals.

WHAT IS KSM TOKEN?

KSM is the native token of the Kusama network. When the network was launched in 2019, it was distributed to the users proportionally to their DOT holdings, which means that only those traders who were involved initially in the Polkadot ICO (Initial Coin Offering) were distributed KSM tokens. 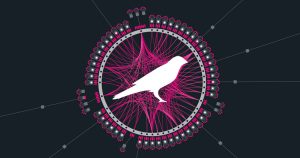 KSM tokens are awarded to DOT traders to incentivize their participation in the activities of the Network. Similarly, 1% of the total DOT supply has been allocated by Parity Technologies and Web3 Foundation, for Kusama stakeholders and its community. This amounts to over 100,000 DOT tokens. The purpose behind this allocation is to encourage users of Polkadot to use Kusama as well.

Within the Network, KSM tokens can be used to pay fees and participate in the network’s governance. Furthermore, KSM tokens can be staked by users to earn rewards. Kusama, like Polkadot, allows users to delegate their KSM tokens to validators, and earn proportionally to the amount that they have delegated. The total supply of KSM tokens is fixed at 10 billion tokens, out of which almost 9 billion are in circulation at the moment.

As Kusama is the canary network of Polkadot, therefore its fate is inextricably tied to Polkadot. The rise or fall of Polkadot will undoubtedly be the rise or fall of Kusama as well. As of now, Polkadot seems to be doing well, with a whole host of projects on its network. However, as is the case with all the so-called ‘Ethereum Killers’, it faces immense competition. The likes of Cardano, Avalanche, Solana, and Cosmos, are all potential bigshots, and any one of these, including Polkadot, could be the next big thing. However, that would most certainly mean game over for the rest.

Another concern with Kusama is that it is seen as merely a test network. It is used by Polkadot to test new features, which may or may not work. This can be somewhat problematic for new users, who may not want to be part of an experimental blockchain. However, Kusama can also present a great opportunity for developers who are looking to test their applications, on a network. Its relatively cheap parachains would allow developers to test their projects on Kusama, before moving onto Polkadot.

WHERE CAN I BUY KUSAMA?

Kusam can be purchased on major crypto exchanges like KuCoin, similar to how one would buy any other cryptocurrency. You can either place a market buy or a limit buy. With a limit buy, you determine the price you’re willing to pay, and your order gets filled once the token price reaches your set limit price. If you want to get your hands on the token quickly, you can place a market order, where you agree to pay the current market price and have your order filled almost instantly. If you are interested in trading Kusama, you can do so by visiting KuCoin.

The post What is Kusama appeared first on CryptosRus.

0
InAltcoin, altcoin market, Altcoins, Blockchain, Consensus Algorithm, Cosmos, cryptocurrency, dot, Ethereum, KSM, kucoin, kusama, Parity Technologies, polkadot, Proof-of-Stake, sharding, speed, Technology, Web3
Following the U.S. Securities and Exchange Commission (SEC) charges against the socialite Kim Kardashian for unlawfully touting the crypto asset ethereummax, the digital currency jumped 124% in value. However, the ethereummax pump was followed by a massive dump as the cryptocurrency slid 47% lower than the high it reached on October 3. EMAX Token Markets […] ...
admin
Go with moomoo to buy stocks! Gotten up to 15 free stocks! (T&C apply) https://j.moomoo.com/00mF2i Get $153 Joining Bonus 👉 https://www.bitget.com/en/partner?languageType=0&id=MyFinancialFriend And Up to $4, 000 cash back on deposits! (terms apply see additional details) ☝️ How To Enter $10, 1000 Prize Pool https://phemex.com/announcements/my-financial-friend-x-phemex-special-event-win-10000-usdt-in-lucky-draw Sign up for Hunting Alpha below! https://www.sahg6dtr.com/DD2WZS/GTSC3/ Want to know exactly how I’m buying in stocks/crypto… ...
admin
Prepare yourself for What Is Coming – Clem Chambers iTrustCapital – Named The Best Crypto IRA Platform in America 🚀 https://itrust.capital/savvy – Sign-up Now – US occupants only. 💎 Join Our Official Telegram Channel – https://t.me/savvyfinanceoriginal 🐦 Join Us On Twittollower – https://twitter.com/SavvyFinance_ 🌝 Checkout Savvy Analysts – https://www.youtube.com/c/SavvyEconomist/videos 🌝 Checkout Savvy Thinkers – https://www.youtube.com/c/SavvyThinkers/videos 🌝 Checkout Our Living Metaverse/NFT Channel… ...
admin
Dogecoin was trading near the nation’s highest point since regarding September on Wednesday, as well as prices rose for a s straight day. The move comes as the meme coin continues to trade above issue in determining resistance level, following a large on Tuesday. Xrp was also in the green today, buying and selling close to a one-week high. Dogecoin (DOGE) […]#@@#@!! ...
admin
Bitcoin continued of trade above $20, thousand on Wednesday, as the token remained near a two-week high. Bullish momentum appearing in cryptocurrency markets has been more costly this week, with prices surging after a recent downward cause. Ethereum, on the other hand, was in large part unchanged in today’ a playful session. Bitcoin Bitcoin (BTC) was once again trading up above $20, 000, as […]#@@#@!! ...
admin
PRESS RELEASE. It can be ever more frustrating when someone is sufffering from a worthwhile crypto and NFT project but cannot find a way to gain enough engagement. There are many fall into this category, believing these are able handle promoting their crypto and NFT projects just to be swallowed by all other projects. It is not like they have a […]#@@#@!! ...
admin