Are you on KuCoin? If you are, you definitely need to check out the crypto exchange’s native token, KCS. Learn more about it in our “What Is KuCoin Token?” guide.

Kucoin is a cryptocurrency exchange that offers users the ability to buy, sell and trade their crypto-assets. It describes itself as a hybrid exchange with features of both centralized and decentralized exchanges. However, the long-term goal is to transition into a completely decentralized exchange. In addition to the traditional trading options, it also offers the added features of margin, futures, and peer-to-peer (p2p) trading. Users also have the option to stake or lend their tokens in order to earn passive income. KuCoin also has relatively low trading fees when compared to its competitors, which makes it an attractive option for cryptocurrency traders. In 2018, KuCoin secured $20 million in Round A funding from IDG Capital and Matrix Partners.

Nicknamed as ‘The People’s Exchange’, KuCoin is deemed as beginner-friendly and is a great option for traders. It also enables most of the trading fees to be returned to the community members. This is done through its native token, known as the KuCoin Token or KCS (previously known as KuCoin Shares). Holders of KCS are entitled to a daily reward. Users with as few as 6 KCS tokens are eligible for the reward, making it a great way for beginners to earn passive income.

KuCoin was created in 2017 by eight co-founders. Johnny Lyu is the current CEO of the project. KuCoin is based in Singapore, while its headquarters are in Seychelles. Since its launch in 2017, KuCoin has become one of the biggest cryptocurrency exchanges in the world, with over 10 million users and a significant presence in more than 200 countries. According to its team, KuCoin is committed to exploring disruptive technologies and genius ideas in order to enhance crypto adoption among the masses. KuCoin is dubbed as ‘The People’s Exchange’

Recommended: How To Use KuCoin

What is KuCoin Token?

KuCoin Token or KCS is the native token of the KuCoin exchange. Initially launched with the name KuCoin Shares, it was later rebranded as KuCoin Token, in January 2021. KCS is issued as an ERC-20 token. The first public token sale for KCS was held from 15th August to 1st September 2017. A total of 200 million tokens were created, which means that KCS is a deflationary token because no new tokens will be minted. There is also a plan to buy back and burn almost 50% of the total supply.

The KCS token allows users to have several benefits on the exchange. Users can avail discounts on their trading fees. In addition to this, users can participate in the various features offered by the exchange, such as KuCoin Spotlight. Users can also choose to participate in the Pool-X program using KCS. KuCoin rewards the holders of KCS as well, by giving them a bonus every single day. In the future, when KuCoin becomes a completely decentralized exchange, the KCS token will become its governance token, allowing holders to vote and decide upon the future development of the project.

KCS Crypto: How it Works?

We can see that in many ways KCS is quite similar to BNB in that it allows the users of its exchange to attain discounts in trading fees. Up to 20% discounts can be availed by the users of KCS on the KuCoin exchange. Similarly, KCS is also a deflationary currency, and just like BNB, it is also to be bought back and burned, until a specific amount of tokens is left.

In the case of KCS, the total supply of tokens minted is 200 million. KuCoin implements the buying back and burning of the KCS token. 10% of all the profits are used to buy back KCS tokens and burn them. This will be done until the total supply of KCS reaches 100 million tokens. Initially, the burning was done on a quarterly basis, but now it happens once every single month. In total, more than 3 million KCS tokens have been burned so far. This amounts to almost $37 million in KCS tokens. 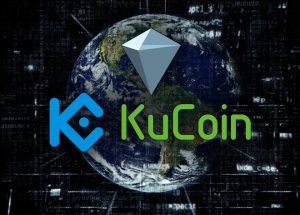 KuCoin also rewards the holders of the KCS token. 50% of the total profit of the exchange is given back to the users as a reward. To be eligible for this reward, a user has to own at least 6 KCS tokens. This means that the entry point is quite low, which presents an excellent opportunity for people who are light in their pockets to earn a decent passive income. Another great thing about this is that these rewards are given out daily, which saves the hassle of waiting for a long period of time.

KCS is also an integral part of the KCC blockchain. KuCoin Community Chain or KCC is a decentralized blockchain network, created by KuCoin community members and fans. It is a high-performance blockchain, featuring low transaction fees, low latency in addition to being secure. The KCC employs the use of the Proof-of-Stake Authority (PoSA) consensus mechanism, which allows the block confirmation time to be reduced to just 3 seconds. KCS is used exclusively as the fuel and native token of the network, and the number of KCS addresses on the network has increased exponentially. KCC already has emerging projects on its network, with the likes of Mojitoswap and Kuswap already being hosted on the platform.

What Is KCS Crypto: Concerns

One of the biggest concerns regarding KuCoin is the fact that it isn’t licensed to operate in the US. Although users from the US can open their accounts on the exchange, they receive limited trading capabilities. Furthermore, there is always the danger that if a crackdown occurs on KuCoin, then the users won’t be able to withdraw their assets. 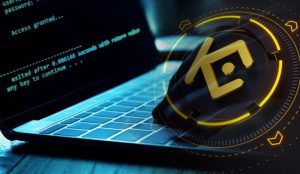 Security is also a pretty big concern for KuCoin. On 25th September 2020, a group of hackers stole more than $275 million worth of cryptocurrency from the exchange. This was seen as a major security breach, and even though KuCoin identified the hackers later on, but still it casts a big doubt on the overall security infrastructure of the exchange.

Where Can You Buy KCS Crypto?

KCS crypto can be purchased on major crypto exchanges like KuCoin, similar to how one would buy any other cryptocurrency. You can either place a market buy or a limit buy. With a limit buy, you determine the price you’re willing to pay, and your order gets filled once the token price reaches your set limit price. If you want to get your hands on the token quickly, you can place a market order, where you agree to pay the current market price and have your order filled almost instantly. If you are interested in trading KCS, you can do so by visiting KuCoin.

The post What Is KuCoin Token? appeared first on CryptosRus.

0
InAltcoins, Blockchain, Crypto Exchange, cryptocurrency, ERC-20, KCC, KCS, KCS Token, kucoin, KuCoin Shares, passive income, Proof-of-Stake
Bitcoin was basically trading below $20, 500 on Friday, as options market prepared for the release of their latest U. S. nonfarm payrolls report. The symbol moved lower for the another consecutive session, as bearish sentiment returned to stock markets. Ethereum continued to eliminate ahead of this afternoon’ ise release. Bitcoin Bitcoin (BTC) was back below 20 dollar, 000 on Friday, the fact that traders […]#@@#@!! ...
admin
An array of crypto-related professional services have been targeted in the most current round of sanctions on the topic of Russia approved by the EUROPEAN UNION. The measures are item of an expected tightening for this economic and financial prohibitions in response to Moscow’ s purchase to annex Ukrainian territories. EU Council Adopts Makes use of Ban on Crypto Bank and Custody Services designed for […]#@@#@!! ...
admin
On Friday, October 7, 2022, the precious metals gold and silver dropped in U.S. dollar value following the recent U.S. jobs report for September. The USD value of gold per troy ounce is awfully close to slipping below the $1,700 range, while the price of silver is teetering near the $20 threshold. Precious Metals Price […] ...
admin
Russian videos and communications regulator, Roskomnadzor, has restricted access to proprietor of a major cryptocurrency market, Okx. The trading platform was previously one of those that did not constraint access for Russians among sanctions that affected the most important industry’ s business of Russia. Okx Blacklisted according to the requirements From Russian Prosecutor’ ersus Office for Disseminating Barred Information Russia’ s Us […]#@@#@!! ...
admin
A lodging with the U. S. Investments and Exchange Commission have shown that Fidelity looks to opening an investment product known as the Fidelity Ethereum Index Fund across October 4, 2022. Usually new fund is not a major exchange-traded fund it is said getting structured as a “ careful limited partnership. ” Frequent Limited Partnership According to […]#@@#@!! ...
admin
Meme coins were trading cut down on Friday, as foreign exchange market reacted to the latest Oughout. S. nonfarm payrolls convey. The data showed that 263, 000 jobs were enhanced the United States economy in Sept., versus the 250, 000 supposed. Both dogecoin and shiba inu fell for a finally consecutive session. Dogecoin (DOGE) Dogecoin (DOGE) fell in your third […]#@@#@!! ...
admin