Check out our “What Is Chiliz” guide to learn about this sports-focused cryptocurrency project.

Chiliz is a new and unique blockchain platform that brings cryptocurrency to the world of electronic sports and entertainment. It is a platform for blockchain-based products and also for services that are geared towards mainstream consumers. It provides tools for sports fans to engage with their favorite teams and athletes. The primary offering by Chiliz is Socios which is a blockchain-enabled sports entertainment platform that provides users with a variety of ways to directly influence their favorite sports teams.

Before Chiliz, fans could only interact with their favorite teams through game watching or purchasing merchandise. Now fans are able to purchase Fan tokens. The holders of these tokens can influence several decisions presented by the team like songs, uniform designs, stadium names etc. Hence allowing a new kind of direct engagement between fans and their teams.

Chiliz is a Malta-based FinTech provider and was founded by Alexander Dreyfus who is a serial entrepreneur and has launched multiple businesses across the entertainment industry. Dreyfus is also the current CEO. Chiliz was created in 2018, and later that year it raised $66 million through private placement. Its fan engagement and rewards app known as Socios was launched in December 2019.

Currently, the platform is in partnership with Sam Li the former Vice President of the NBA, Nicolas Maurer, the CEO of eSports team Vitality, and one of the world’s largest video game streamers, Dr. DisRespect.

Chiliz features partnerships with some of the most prestigious sporting institutions in the world like Juventus, Barcelona FC, the Ultimate Fighting Championship (UFC), and a number of gaming organizations. Dreyfus believes that in the future when trading takes off, the exchange business will be driven from Singapore, as Chiliz’s main focus is Asia. “Big clubs like Juventus, PSG and Barça have more fans in China and Asia” -Dreyfus.

Chiliz allows fans to invest in different sports teams and provides sports companies access to virtual assets. It has its own Ethereum permissioned sidechain which is the foundation for Socios.com. It allows Socios to host leagues, titles, teams, and other connected organizations. Sports fans can engage by joining the Socios platform and purchasing Fan Tokens for a particular sporting organization. These Fan Tokens are issued by famous sports teams and organizations and represent the tokenized version of voting rights for their respective issuers. This means that the users who hold these tokens can influence their teams via voting on Socios. This voting process is enabled through smart contracts which are executed transparently and automatically on the Chiliz blockchain. 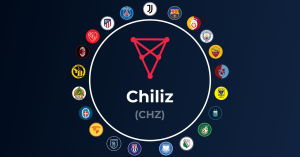 All those sporting organizations which utilize Chiliz technology have their own limited supply of Fan tokens. Each time a new organization joins Socios, it has to decide the initial sale price of its Fan tokens. This price is denominated in the native Chiliz Coin (CHZ). Once the price is decided, these tokens are made available for purchase on a first come first served basis in FTO (Fan Token Offering) Once a user has purchased a Fan token, he is free to exchange it with other users on Chiliz Exchange- Socios’ peer-to-peer  (p2p) marketplace. Fan tokens fluctuate according to the market situation. Plus, they can also be exchanged for other goods like free tickets, etc.

The Fan tokens are minted on the Socios sidechain that utilizes a Proof-of-Authority(PoA) consensus mechanism. A PoA is considered to be less a decentralized consensus method. It is often used by blockchains that seek to be more efficient and scalable. These networks are highly secure and process a high number of transactions per second. It also offers lower transaction acceptance latency, with improved security.

Mining occurs with the Proof-of-Work (PoW) consensus mechanism in such a way that the network nodes have to solve mathematical problems for validating blocks. But in PoA, nodes are allowed to create new blocks, and add them to the chain, hence securing it. As these authority nodes play a central role in the security and success of the network. Likewise, to establish trust, the authority (individuals or organization) that runs these nodes is publically revealed.

CHZ is the native cryptocurrency of the Chiliz platform and operates both as an ERC-20 token on the Ethereum blockchain and as a BEP-2 token on the Binance Smart Chain. CHZ tokens can be bought from the platform’s own Exchange. It is the primary medium of exchange that allows sports fans to purchase the Fan tokens of their favorite teams and organizations. 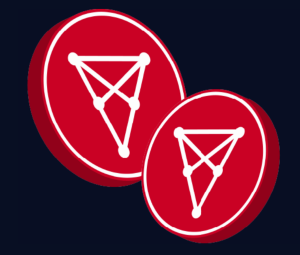 The supply of CHZ is limited and tokens are also fungible. This means that each token is practically the same, and is interchangeable. Furthermore, it is a deflationary token, which means that CHZ tokens can’t be mined as all of its total supply has already been minted. It has a total supply of 8.8 billion CHZ.

The primary concern with Chiliz is the adoption of this concept by the fans. Blockchain and cryptocurrencies are starting to become mainstream, however, there is still a long way to go. Whether or not sports fans, or indeed the sports organizations adopt this concept is something that remains to be seen. Another issue that might come up is that rivals may spring up out of nowhere, as the sports industry is a multi-billion dollar industry. Finally, sports teams may choose not to adopt the platform and create fan tokens of their own.

Where To Buy CHZ?

You can purchase CHZ through KuCoin exchange, similar to how you would buy another cryptocurrency. You can either place a market buy or a limit buy. With a limit buy, you determine the price you are willing to pay, and your order gets filled once the token price reaches your limit price. If you want to get your hands on the token quickly, you can place a market order, where you agree to pay the current price and have your order filled almost immediately. If you are interested in purchasing CHZ, you can do so by visiting KuCoin and Gate.io.

The post What is Chiliz? appeared first on CryptosRus.

0
InAlt, alt season, Altcoins, Blockchain, BTC, Chiliz, CHZ, Cryptocurrencies, cryptocurrency, e-sports, Ethereum, Gaming, sports tokens, Technology
YPF Luz, a subsidiary about the Argentine state oil operation} YPF, is currently piloting task management to power bitcoin mining operations with residual vigor. The initiative, which is getting tested in Vaca Muerta, one of the biggest oil fields in the united kingdom, seeks to take advantage of this by-product from the initial stages for […]#@@#@!! ...
admin
Crypto is moments away from breaking the downtrend that has held the price down since $69,000. This is massive and could mean some serious rallies in the days to come. Join Sheldon The Sniper live for an absolutely critical crypto market update and find out what he is doing in these crucial moments. Do not miss out on this show!! 🔥Binance Bonus: – Sign up on the link below & get $5 to start… ...
admin
The Crypto market is showing signs of strength, with S&P 500 closing back above its June lows. How high could the Bitcoin price go and what are the best Altcoin trades in the crypto market right now? Join Cryptoman Ran in today’s episode of Crypto Banter for the latest Crypto market update and some amazing news for Crypto traders!➡️ Check out the Bybit 1-Click DCA Strategy!👉🏼 https://partner.bybit.com/b/bundle_SL00000038👍 NO Trading Fees!!!🔥BYBIT – CRAZY SIGN-UP… ...
admin
According to reports, Tesla’ exercise Elon Musk now products to purchase Twitter Inc. for a particular original asking price of $54. 20 a share. Twitter’ s shares surged as soon as the news and climbed closely 20% higher and trade was halted twice individual who. Report Claims Tesla’ erinarians Elon Musk Will Locate Twitter at the Original Selling price It seems Elon […]#@@#@!! ...
admin
Obviously a filing published by your U. S. Bankruptcy Justice for the Southern District of latest York, the crypto organizations firm Celsius has been given a final bid deadline of September 17, 2022. Following the chapter court’ s final mundfuld deadline, a sale hearing was scheduled for November one A report published last week considered that […]#@@#@!! ...
admin
Polygon raced onto a three-week high during today’ s session, as bullish sentiment returned to cryptocurrency markets. Chainlink was also in green, as the token increased for a second straight special day, rising by almost 10% in the process. Overall, the global crypto market cap is up or even. 06% as of writing. Polygon (MATIC) Polygon (MATIC) was basically […]#@@#@!! ...
admin